The Wind of TEKNOFEST Blows in the Black Sea: Hundreds of Thousands Gathered in Ordu and Giresun! 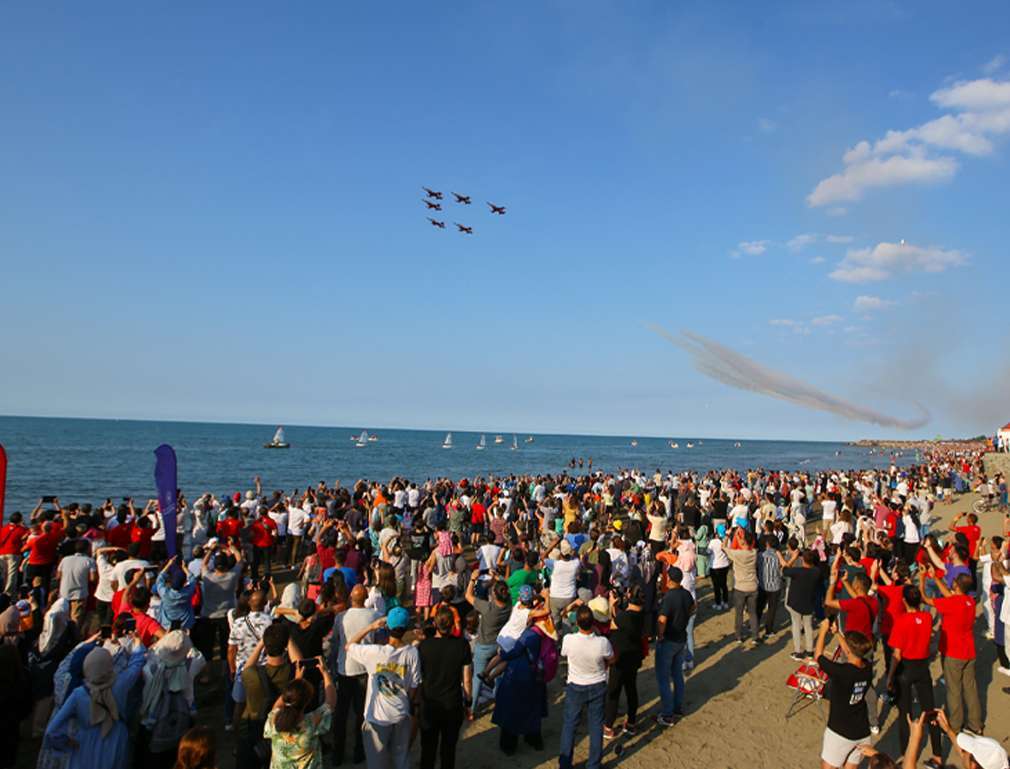 TEKNOFEST Aerospace and Technology Festival continues to bring science and technology enthusiasts together with all their enthusiasm and excitement in its fifth year. Within the scope of TEKNOFEST Black Sea, we completed our competitions in Ordu and Giresun, in which a total of 11,593 teams applied and 1844 competitors were finalists.
TEKNOFEST, which has recently moved to the international arena by crossing the borders of Istanbul first and then Turkey with "TEKNOFEST Azerbaijan", will be held at Samsun Çarşamba Airport in its fifth year. It will take place from 30 August to 4 September.

TEKNOFEST enthusiasm was in Giresun and Ordu
While the competitions held in different provinces in the Black Sea within the scope of TEKNOFEST continued at full speed, the visitors who followed the projects of young people from all over Turkey with interest in the festivals held in Ordu and Giresun experienced scientific experiments with workshops; they got their fill of science, technology and entertainment with stage shows, music concerts and quiz shows. Within the scope of TEKNOFEST Black Sea, we hosted thousands of people in simulation experiences and mobile science center activities for three days at the festival held in Giresun between 22-24 July 2022 and in Ordu between 29-31 July 2022. In addition to folk dances, city orchestra and concerts, Ordu and Giresun TEKNOFEST, where entertaining stage shows were held, experienced the enthusiasm of the National Technology Move.
At the festival, our national pride, Solo Turkish pilots, greeted the people of Ordu and Giresun from the sky with their unique shows. Those who watched the flight demonstrations that took place in the skies of Ordu and Giresun experienced moments of excitement and pride. In the programs that continued with the award ceremony, awards were presented to the winners of the competitions.